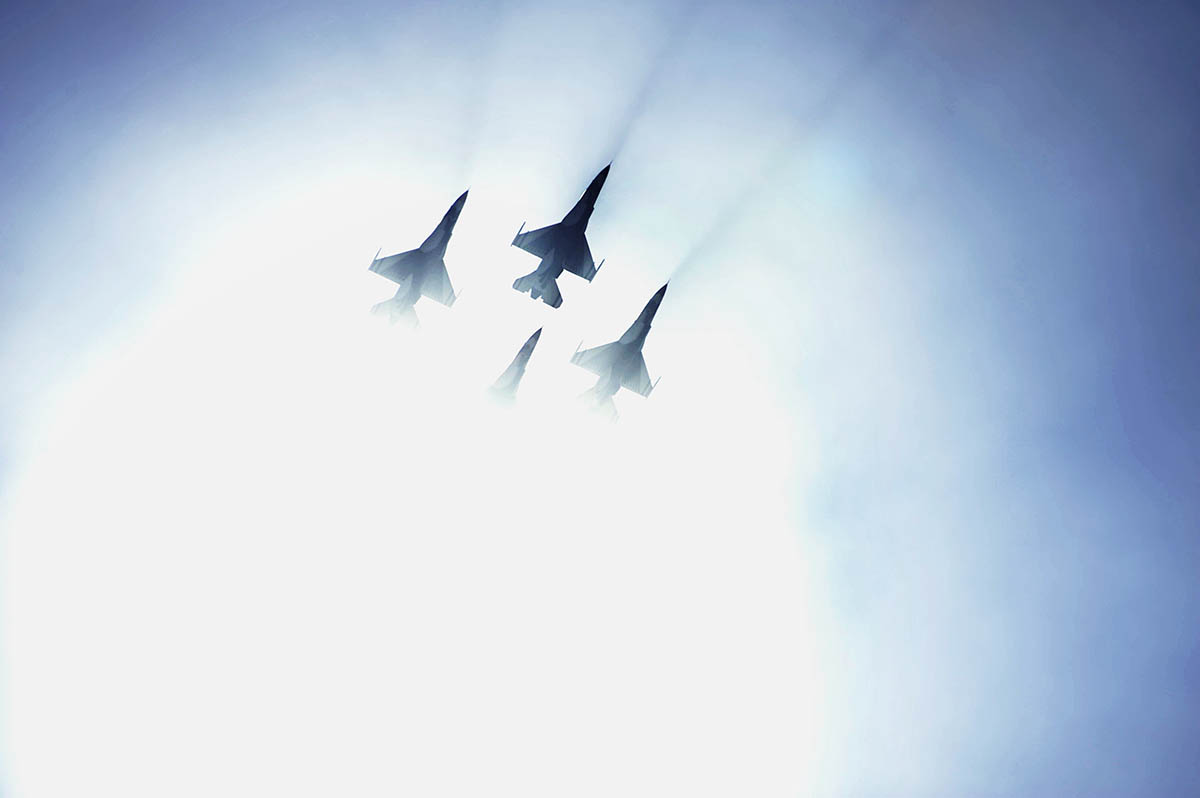 
Four of The Thunderbirds, The Air Force Flight Demonstration team, fly together during a performance for the 43rd Naval Base Ventura County (NBVC) Air Show at Point Mugu in Oxnard, Calif., on Saturday, August 7, 2010 with the F-16's "Fighting Falcons." The Thunderbirds made their first air show appearace in 2007.