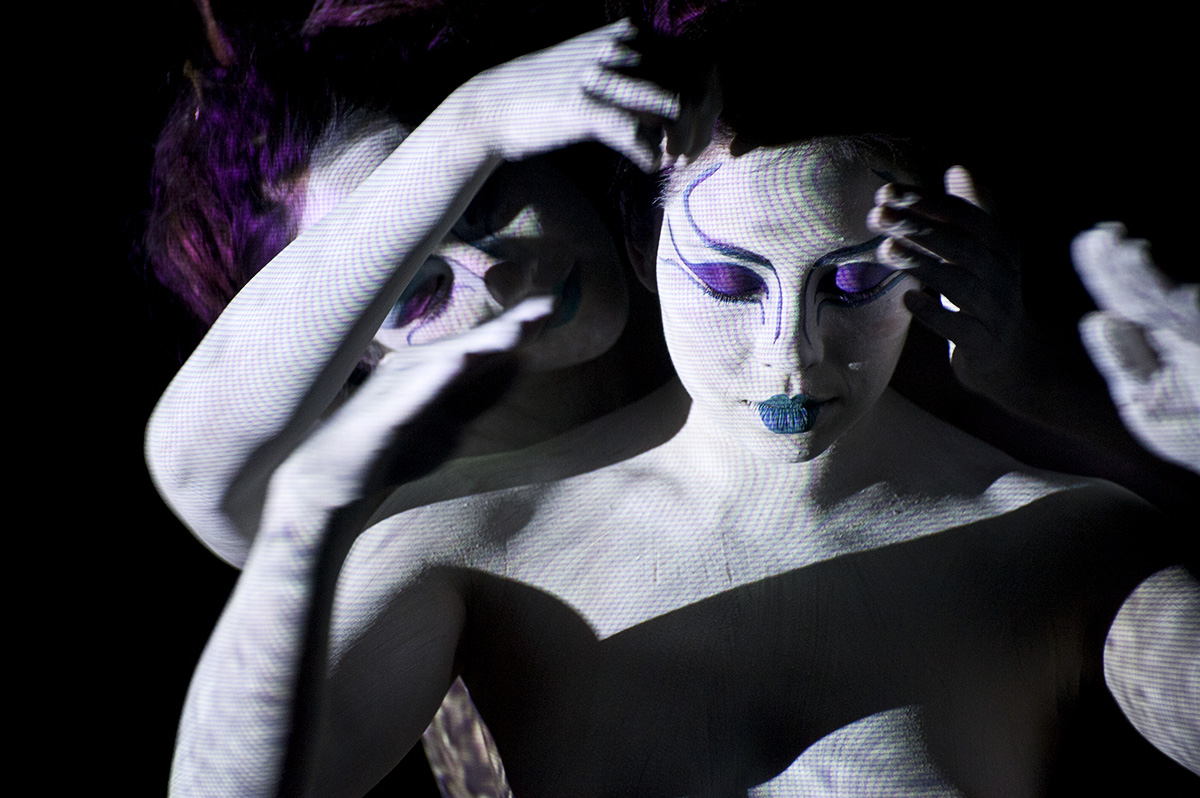 
(From left to right) Monica Ford and Kaita Lepore, 26, from Santa Barbara, Calif., are modern/contemporary dancing to Lepore's Valentine playlist during a film shoot on Tuesday, March 22, 2011 in Santa Barbara, Calif., at the University of California Santa Barbara. The breathtaking display of performing art was described by their make-up artist as, "this is like heaven," Anaya Cullen.